Israel is at war.

It’s still being called an “operation” but, truthfully this is a war. Israeli civilians are being bombarded by a constant barrage of missiles. Towns near Gaza are under threat of infiltration by Hamas terrorists who have dug attack tunnels from Gaza in to Israel, for the sole purpose of attacking, killing Israelis and possibly taking hostages so they can be ransomed for terrorists imprisoned in Israeli jails.

Israel went to extreme measures to avoid a ground incursion in to Gaza. Multiple ceasefires were offered and broken by Hamas. Hundreds of targeted airstrikes were not enough to convince Hamas to stop their attacks. Missiles continue to rain down on Israeli towns and multiple terrorist infiltrations in to Israel are being discovered and stopped by the IDF – leaving Israel no choice. Ground troops had to go in to Gaza.

The Golani Brigade has, so far, paid the highest price in defense of the Israeli nation. Too many of our beloved soldiers have laid down their lives for our freedom but the hardest blow was 13 members of the Golani Brigade killed in a single day.

The symbol of Golani is the olive tree. Olive trees are tough. They survive in poor soil, putting down roots and practically pulling nutrients through rocks. They often don’t look very impressive but they are strong and they provide the olives (and oil) that are significant to the Middle Eastern diet. Strong, tough survivors, providing rich fruits in a barren land. What could be more Isr 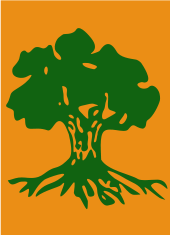 The Golani Brigade isn’t the largest or most important part of the IDF but it is one of the more noticeable – for their accomplishments but even more for the people that belong to the brigade and for its atmosphere.

The IDF has elite units that are looked up to, admired from a far. They are the pinnacle of society, the height of physical and mental perfection: first and foremost are the IAF pilots and then come the elite commando units.

Golani is not in this category. They are family, the every-day, hardworking, regular people. It’s similar to being a fanatic sports fan. They sing their unit song “My Golani,” they have bumper stickers, flags and even kipput (yarmulkes) with the brigade symbol. Golani is addictive. It becomes a family tradition to be part of Golani – son enlisting after father, younger brothers following the eldest son. There are other units that are similar in these aspects but Golani can be singled out as the most noticeable.

The commander of the Golani brigade, Col. Rasan Eliyan is an Arab (Druze). This too is very Israeli. Although we are often accused of racism, in Israel anyone can advance to prominent positions, based on their merits. Race, religion and gender make no difference. Work hard enough, prove yourself and anyone can succeed.

On Sunday, Col. Rasan Eliyan was injured during the fighting in Gaza (by 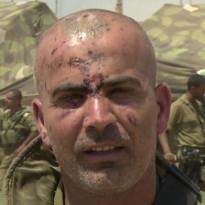 shrapnel, including in his eyes) immediately after his initial treatment he began insisting that he has to get back to his soldiers. The doctors told him he needs to rest and heal, the army found a replacement for him but there was only place he wanted to be – with his Golani soldiers. As he promised, this afternoon he went back to Gaza, to his soldiers.

Many of the wounded soldiers are only concerned with the condition of their friends and are insisting on going back in to battle as soon as the doctors allow them. Battling with terrorists hiding behind women and children, in urban territory, is dangerous and frightening. The thought of friends being there and not being able to help them, protect them – is worse.

Well-meaning friends and relatives from abroad have suggested this might be a good time for me to take a vacation. It is stressful here. And heart-breaking. But where would I go? Especially now. It would feel wrong to be elsewhere. As difficult as it is here now, there is no place I’d rather be.

On July 20th Sean was killed along with 12 other Golani soldiers. Sean had been defined as a “lone soldier” because his parents were in Texas while he was here in the army. He could have avoided the draft by simply staying in the US but he didn’t want to. He enlisted and served in the Golani brigade. When his unit was called to the fighting in Gaza he could have avoided it – he had a sprained ankle. He could have been excused from this round of fighting but there was only one place he wanted to be – with his friends.

Sean’s friends were afraid that his funeral would be small so they posted a message via social media asking people to attend, to show solidarity.

Sean’s parents landed in Israel around 6pm. The funeral was at 11pm, in Haifa. Lenny and I decided to attend. We couldn’t fight instead of our soldiers, heal the wounded or stop the missiles. We could stand for Sean.

I don’t know how many people came. The police estimate it was twenty thousand.

A call went out and the people answered…

The people of Israel came together as one. Orthodox religious Jews, moderate Jews, boy scouts, football fans (soccer for you Americans) from the team Sean loved, teenage girls, grandmothers, husbands and wives, soldiers and police in their uniforms (who, at 11pm, could have come in civilian clothes but chose to wear their uniform out of respect for Sean and to show that they are standing for the protection of the Nation and not just for the individual being laid to rest).

Thousands of people packed in to the cemetery, so many there was no room to move. I have never seen so many Israelis so quiet. Most of them never knew Sean or his family. They knew the love of a family for the son they will no longer have, everyone honored the sacrifice. Each soldier belongs to all the people of Israel. Each soldier strives for the freedom of our country. Each death comes instead of the death of an Israeli civilian.

The people of Israel stood together for Sean. For solidarity. For love. With sorrow and with hope that one day we will not have to make these sacrifices.

Before the ceremony began the funeral director announced on the loud speaker: “Please note that in the case of air-raid sirens everyone is to lie down on the grass and cover their heads.” If missiles were thrown at us there would be no place to go, no protection.  One woman standing next to me said to herself “Oh my God!” but even she didn’t move. There was nowhere else to be except with the rest of the people, standing for Sean.

Together we listened to the eulogies. We prayed with Sean’s father as he recited the ritual prayer for his son, Kaddish, the parting from the deceased. The people raised their voices together, sending strength to Sean’s family, trying to tell them that Sean wasn’t alone, that they aren’t alone in their grief. It seemed like the voices of the people helped Sean’s father complete the prayer. His voice broke as he moved from one line to the next, but the strength of the people helped him continue to the finale’: “To God who makes peace in Heaven, may He make peace for us and for all the Nation of Israel.”

There are many beautiful, peaceful places in the world but there is no place I’d rather be but here, in Israel, with my people. 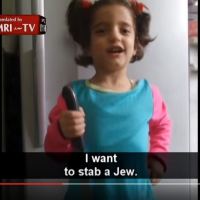