Dvora Marcia, my grandmother, was a Palestinian. I have the documents to prove it.

She went to school in Palestine. She grew up in Palestine. Got married, had two boys and worked with her (first) husband in Irgun Hashomer to protect Jewish land from being stolen by Bedouin. My grandmother worked as head secretary in the Israel Diamond Exchange and served as a liaison between members of Israel’s different underground resistance units, helping them pass messages between each other – all for one purpose… to free Palestine.

From the river to the sea, Palestine must be free!

Free from the British. Free to return to her natural state. To return to being what she always was – Israel, Zion.

My grandmother went to America to lobby for the foundation of the State of Israel. She distributed pamphlets and spoke on the radio. She spoke passionately in front of a number of different audiences, raising money and awareness for the plight of the people of Palestine.

My grandmother was a freedom fighter. Not a terrorist, she was a real freedom fighter, fighting for the right of her people, the Jewish people, to live freely in their homeland.

It was hearing my grandmother speak on the radio that compelled my grandfather to seek her out. He felt he had to meet her. Once I asked him why he, born into a non-practicing Christian family, was interested and so moved by my grandmother’s plea to free Palestine and help the Jewish people rebuild their homeland.

His answer was: “Because I thought that Jewish blood was worth more than Arab oil.”

He then went on to tell me that, when he finally found her, it took him a total of 3 seconds to realize that he had to marry her. It wasn’t long before he did, becoming her second husband.

My grandparents danced in the streets of New York celebrating their joy over the end of the British Mandate and the official establishment of the State of Israel. Shortly afterward, they left America and moved to Israel. My mother was born in Jaffa.

My grandmother, the Palestinian, had an Israeli daughter.

In a time when the world seems to have gone insane, everything is topsy turvy. Black is white, up is down and facts that were once understood by all have now become extremely confusing and too complicated to comprehend.

Palestine is a name given to the Land of Israel for the sole purpose of disconnecting the Jewish people from Judea, from Israel, from Zion. This was done in the 2nd century CE, when the Romans crushed the revolt of Shimon Bar Kokhba (132 CE) and gained control of Jerusalem and Judea which was renamed Palaestina in an attempt to minimize Jewish identification with the land of Israel. After World War I, the name “Palestine” was applied to the territory that was placed under British Mandate; this area included not only present-day Israel but also present-day Jordan. Leading up to Israel’s independence in 1948, it was common for the international press to label Jews, not Arabs, living in the mandate as Palestinians.

Words give meaning and form to reality, thus names are of vast importance. It is obvious that Jews belong in Judea, but who belongs in Palestine?

Palestine is and always was, a politically motivated name. It is a name that is meant to denigrate and destroy the Jewish connection to her homeland.

If you will – calling Israel, “Palestine” is the original hate speech.

And today, out of nowhere, there suddenly is a new people called “Palestinians” and they are demanding “Palestine” for themselves. And most people in the world go along with this story, furthering a narrative that is a perversion of history and one that steals and makes a mockery of the efforts my Palestinian grandmother and thousands of others like her to reinstate Palestine to her rightful status of being recognized for who she really is and always was – Israel.

It’s probably the biggest media stunt in the history of the world. And everyone has accepted it. The world has recognized that there is a “Palestinian people” and they no longer mean what this term always meant – Jews.

Any people, the world agrees, has the right to self-determination (unless they are Kurds or Tibetan). Suddenly it becomes reasonable to give “Palestine” to the “Palestinians.”

When Palestine, Texas was named, its founders were not thinking about an Arab nation. Neither were the people of Palestine, Illinois. They were thinking of Zion, the country who America’s founders modeled her after.

The “Palestinian narrative” is one big commercial that the world has swallowed, hook, line and sinker. This is based on the premises that if you repeat a lie enough times people begin to believe it. If enough believe it becomes fact.

Arab “Palestinians” are a nationality invented to facilitate and justify cleansing Jews from Israel.

Words are powerful. Every single person who uses the terminology as defined by the Arabs who wish to establish the State of Palestine is complicit.

You are literally, wiping Israel off the map.

We have all been complicit. It is time to change our language and return to the factual, historical definitions. Before it is too late (if it is not already too late).

It’s really not that complicated. Palestine was always Israel. Palestinians were Jews.

For the love of Zion, my grandmother was a Palestinian.

91 thoughts on “My grandmother, the Palestinian” 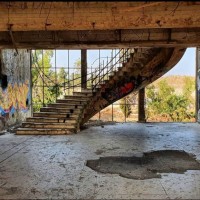 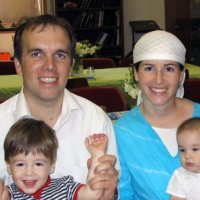 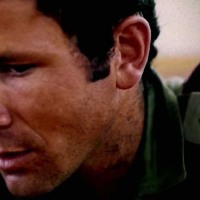