Throughout our history there have been times when it’s been illegal to be Jewish, when our land has been occupied by foreign powers who tried to force us to bow to their gods and make us forget about ours.

We’ve been scattered, enslaved, accused of every evil in the world, tortured and slaughtered.

There have been times when it’s been illegal for Jews to work in the field of their choice. When Jews were not allowed to create anything. When Jews could not own land (were they afraid of the power in the connection between Jews and their land?).

Jews had to be marked as Jews when they were in public –
the Nazi yellow star wasn’t the first time that happened, it was the most recent.

Every nation that has risen up against the Jewish people has ultimately failed.
The greatest empires the world has ever seen have dwindled and fallen.

But the Jewish people have remained.

Faithful the land that is our birthright,
And to the ideas that have made us strong.

Hanukah is a reminder:

Of the victory of the few against the many
Of the defiance of those who would not submit, who refused to forget
And of miracles for the people who did not break their covenant with God.

Hanukah is the festival of lights,
reminding us that a single candle can light the darkness.

We are that candle, kindled again and again throughout the centuries.
We cannot be extinguished.

Changing the name of our land will not change our history.
Calling our towns and our holy places illegal will not break our connection to those places.
We will always belong to this land
And we will always shine our light to the world.

What has happened before is happening again.

The nations of the world have, yet again, a choice.
This time, what will you do?

Your ancestors sat silently by… will you do the same? Do you want to be part of the darkness tries desperately to smother the light? Or would you rather add your own light to ours?

All it takes is one candle to chase away the darkness.

3 thoughts on “UN resolutions and Hanukah: legacy, promise and opportunity” 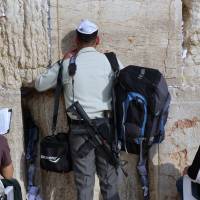