Interestingly shame and honor, two conflicting emotions, can occupy the same space… In Israel, today both are at the forefront.

Today former Prime Minister, Ehud Olmert, begins his prison sentence. It is deeply embarrassing that someone who held the most important position in the land, who has been privy to State secrets and has made life and death decisions, is a corrupt politician who has violated the laws of the land he was in charge of.

At the same time, today Israel is marked with a badge of honor. The Nation has decided that corruption will not be tolerated and that no one is too big to jail. Bribery and obstruction of justice (for which Olmert was convicted) are not tolerated. Embezzlement and sexual misconduct (for which other Israeli politicians have been prosecuted) are not tolerated.

The laws of the land are to be upheld equally for all citizens. People who have titles are not excused from responsibility, quite the opposite, those who were elected to office need to be held to higher standards than those set for the general population.

It is shameful that so many people abuse power. They are an embarrassment to the standards our society sets for itself. On the other hand, other nations can learn from the State of Israel – corrupt officials are not something that can be tolerated. Justice must be equal to all citizens otherwise there is no justice at all.

And no one, no matter what position they held or what family they belong to, is too big to jail.

One thought on “No one is too big to jail”

Follow Inspiration from Zion: This is a Love Story on WordPress.com
Join 2,225 other followers 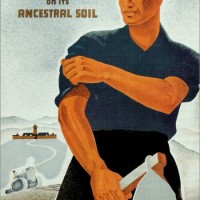