Or: Who will prevail? Terrorism vs. Spirit

My thanks go out to all those who wrote or called, sending prayers for my safety and that of my family and my fellow Israelis. Your support, care and concern are much appreciated!

Some people have asked if I am safe. The answer to that is no. Israel has been bombarded with katusha rockets for the past few days now. We’re told that Hizballah has fired some 750 rockets on Israel’s northern towns since Israel was attacked on Wednesday.

Some people have asked how far away I am from the rockets. Yesterday the answer to that was – a neighborhood away. Today the answer to that is – a street away. This morning my mother and I went to visit my grandparents (who also live in Karmiel) and while there, out of curiosity I counted “booms”, katushas hitting Karmiel. I counted 14 that hit one after another. Earlier in the day there had been a few hits, one or two at a time, sometimes four in a row… there were more after the string of fourteen too… Oh, and for those who want to know why I wasn’t in a bomb shelter, I will get to that a bit later.

The rain of missiles all around us didn’t cause my family to panic but it did make it difficult to eat brunch calmly. A friend of the family called to check up on my grandparents; my mother and grandfather sat down to watch the news bulletin and I did the Israeli thing – I reached for my trusty cell phone and started making calls, checking up on all the people I know in the area. Most people I spoke with said they were fine. Yaron (the dear man who helped so much with the Healing Teddies Project) said that a katusha landed five meters from him but that he was ok. A good friend of my mother’s told me that she and her daughter were currently with relatives in Tel Aviv but that she knew a katusha had fallen on her street. She wondered if she’d return to a house with no windows as they might have been broken out as a result of the missile hit.

My grandparents’ neighbor called to let us know where the katushas had landed: by the high school I attended, on the street below my grandparents house, some of whose residents used to go to school with me, on the street I used to live on before I moved to my current house, by (or in, I don’t yet know) the Karmiel college campus and on and on. In the previous two days I had heard of katushas landing in other places:  where friends and college classmates live, in a town that has a pub/club I used to frequent (they had really good music there), in Tzfat near the army base where I served and where officers and career soldiers I used to work with still serve, in Meron a town I used to pass through on my way to Tzfat, etc. etc. So many places that have been part of my life, so many people I know or once knew, people I may not get to see often or even speak with but people I still care very much about…

My grandparents’ neighbor told us that, like quite a few others, she decided to take her daughters to stay in the center of the country for awhile. They couldn’t take the stress of the katusha bombardment or the frightening thought of “what if” – what if it had been their house hit rather than the house on the street below? It’s not the way I choose to handle this current difficulty but I completely understand their perspective. A friend of mine told me this morning that she had been unable to properly sleep at night because she had been repeatedly woken by the sound of explosions. When terrorism succeeds in disrupting your daily routine, making it impossible to function (as a result of spreading fear or simply depriving someone of their basic needs like sleep) – that’s when you know that the terrorists are winning.

Some of you asked if I’m ok. This question is very easy for me to answer. In my mind it is a question very different from “are you safe?” I can be in danger, upset, sad or angry and still be ok. I refuse to be anything other than ok!

I was horrified when I heard the news that two of our beloved soldiers had been taken hostage by Hizballah. We already had one soldier hostage to the Hamas in Gaza and Hizballah is much worse than the Hamas. My heart felt very heavy when I heard that other soldiers had been wounded and some killed. I have seen into the lives of the wounded and the bereaved and am fully aware of the long, arduous journey they have ahead. I wish I could relieve them of their burden.  Since then there have been many more injuries and some deaths; both civilians and soldiers have been wounded and killed. When I saw the footage of our tank blowing up I felt as if gripped in a vise, the weight of what had happened squeezing my lungs. The boys inside would never go home to their mothers. Civilians on a border town had been filming the army’s movements, they saw the tank explode right in front of them and they were helpless to do anything about it.  For me the story of a female farmer was the worst. She and her workers were stuck for hours in her apple orchards; they couldn’t work and they couldn’t leave because fighting was going on all around them. She didn’t have time to panic; she had to keep her workers calm so that they could stay safe. She thought the army would come and rescue them, taking them out of danger in an armored vehicle but no one came. Finally the fighting died down and the woman decided to drive home herself. She described driving down the road, past the twisted wreck that remained of the army vehicles attacked by the Hizballah. The soldiers didn’t come to her rescue because they had been ambushed and murdered, two taken hostage. In a steady but very quiet voice she said: “I had to drive past the vehicle that had the soldiers’ bodies in it and that was very hard for me”. Hearing that, I wanted to collapse into the floor, pull the tiles over my head and just stay there. Horrible, terrible situations… You might ask, with all that how can I possibly say that I am ok? The answer is, because I am. I choose to be ok. I choose to love the strong brave people all around me. I choose to be thankful to those who are protecting me, whether they be in uniform or are currently wearing angel’s wings, I am so thankful for the work they are doing, the sacrifices they are making. Bad as things are, I choose to distance myself from fear and bring myself as close as possible to calm, tranquility and love.  That choice was why I did not go down to the bomb shelter when, on Thursday, the sirens went off. I hadn’t heard those sirens since the Gulf War in 1991. My neighbors ran in a panic to the communal shelter. My mother and I chose to stay at home. I closed the windows and put on peaceful music. The chances of a direct hit on our house are very small, why should I huddle in fear and discomfort in a bomb shelter? In the Gulf War I learned not to panic from an air raid siren, to take precautions and reasonable risks and to leave fear out of the equation as much as possible. Fifteen years have passed since I learned that lesson! Today we kept to the middle section of my grandparent’s house, away from the windows (potential flying glass in an explosion) and comfortably ate a nice meal together. What’s better – sitting in a stuffy shelter anxious to hear where the rockets landed or spending quality time with one’s family and catching up with the news in comfort? I chose comfort. For people living in other places in Israel choosing as I did today may not have been a reasonable risk and it’s good that they chose otherwise. Had I been in the house in Karmiel that received a direct katusha hit I might be dead now rather than writing you this update (the other rockets landed outside houses, in yards, parking lots etc rather than inside). I am well aware of this fact and I choose to be ok with this.

My country, my town, I am being bombarded by missiles at no provocation. The people launching them belong to an organization hell-bent on destroying my country. They are in capable of defeating Israel in a fair fight, army to army so they use guerilla warfare and psychological warfare. This is terrorism plain and simple. Terrorism can be used to devastating effect but no matter how dire the situation, there is always a loophole.

Throwing rockets at my country, my family and my home is supposed to terrify me and weaken me. But instead I can choose the loophole, I can react differently. That is what I have chosen.  A terrorist can cause property damage, can ruin places I enjoy, hurt my friends, family and countrymen (and women). A terrorist can make my life difficult, unpleasant and even kill me. There is only one thing a terrorist can not do and that is break my spirit. I have ultimate control over that!   I hear helicopters overhead now, flying towards Lebanon. I do not know what tomorrow will bring or even what will happen in the remaining hours of the night. What I do know is that the Israeli people are stubborn and their spirit is strong. And that is why I believe with all my heart that spirit will triumph over terrorism.

May all innocents be protected, may all the hurting be healed, 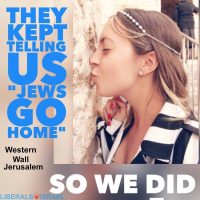 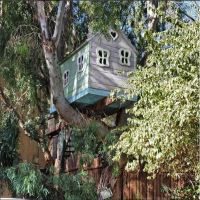